Aejlies – Sami center in Tärnaby, is a new multifaceted Sami institution under development, in a Sámi core area among the mountains. Aejlies is created BY Sámi people FOR Sámi people. The Aejlies concept is sprung from long-standing Sami needs and is developed in a new era where indigenous knowledge is more respected. Aejlies fills many needs both locally and in Sàpmi in general. We are a cultural and resource center with a Sami norm which, among other things, are a meeting place, a workplace, a knowledge base, an art residence, a gallery and "showroom" and a creative node with workshops. Apart from organizing our own courses we offer Sami organisations to use our facilities for their own needs, for example our brand new sound studio or meeting room. But most important of all, Aejlies will take great responsibility for the work with Sami cultural heritage in the region and Sami expertise in everything from duodji and film to archeology and language will be gathered here. One of our ongoing work is creating a museum that is Sámi in all its nature, from idea, organization and the narratives we bring forward.

The sámi foundation Gaaltije was founded to work on behalf of “the sámi peoples´ cultural and christian interests”. The foundation offers public events and focuses on developing the sámi society through projects within cultural, language and business development.

With roots from the Sámi villages Tåssåsen and Mittådalen Jerker Bexelius has since 2009 been the åejvie/director of the Sámi foundation Gaaltije. His background is from the business development sector where he has had positions with international marketing responsibilities. In his current position he is involved in several development projects and groups such as the network of Båskoes in the Mid Sweden University and Jurddabeassi, a Sámi think tank for relationships with the EU. In 2019 Jerker Bexelius was elected ”the Gregorius of the year” for his impact on regional development in Jämtland-Härjedalen.

Giron Sámi Teáhter is the theatre of the Sami people. Our roots lie in the independent theatre company Dálvadis which toured extensively in Europe and in North and South America with performances based on Sami culture in the Sami language.

Our theatre has its home in Giron located 145 kilometres north of the Arctic Circle. We are in constant motion, producing two to three productions each year and playing for all ages. We frequently collaborate or co-produce and organize workshops and discussions for the development of Sami culture and language. Productions are toured primarily in the traditional Sami settlement areas in the north of Sweden, in major cities and abroad.

Åsa Simma was born into a nomadic reindeer herding family, migrating between north Sweden and Norway depending on the season.

She was taught the traditional Sami singing called "yoik" , during that time yoiks was forbidden. She was part of the movement to diminish the yoiking ban. She left for Denmark where she took an actors education.

Åsa Simma has been very active in the global indigenous peoples movements. She has toured among Australian Aboriginals, lived with Inuits from Greeenland and Native American Indians. Worked as a film dramaturgist  and script developer at the International Sami Film Institute. Presently she is the head of the Giron Sami Theatre. 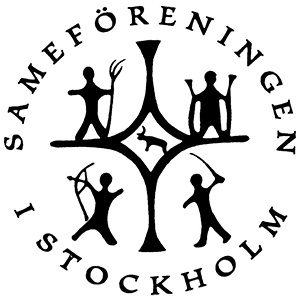 Stockholm Sámi Association, non-profit organisation created 1947, owns the mission to promote Sámi art and culture, protect the Sámi languages, support Sámis in the Stockholm region to take part in Sámi cultural expressions. The association creates spaces where Sámis get possibilities to strengthen their identities and belonging in addition to promote knowledge about Sámi culture, language, history and politics to the general public.

Inge Frisk is Forest Sámi and retiree, descendent of Ume Sámi area. He has been active on the board of the Stockholm Sámi Association in various roles since 2003. Since a year ago he supports the development of the association's business on a part time basis.

Såhkie was founded in 1977 with the main goal of strengthening Sami interests. It is a non-governmental organization for the Sami people and its affiliates, seated in Umeå. Såhkie works to strengthen, maintain, and facilitate for the Sami culture to thrive and develop locally and regionally in Sápmi.

We work to spread information and present our culture and way of life. We have several projects, Ubmejen Biejvieh – the Sami week, which started in year 2000 is the main one. Såhkie also manages Tráhppie – Sami cultural centre, café, and store. Ubmejen Biejvieh and Tráhppie are important focal points and meeting areas for Sami culture in Umeå. We cooperate and network with several organizations and institutions that have similar objectives both regional and interregional.

Nicklas Danielsen is from Røros, Norway. He grew up within the Southsami reindeer herding community. He is educated in the field of archaeology and has worked with different Sami archaeological projects both as field assistant and field leader in Norway. He also worked for a longer period in the Norwegian armed forces. He has had positions in different Sami non-governmental organizations, mostly involved with Sami youth. Today he is the producer for Såhkie – Umeå Sami Association, and leads the project Ubmejen Biejvieh – Umeå Sami Week.

Tjállegoahte aims to strengthen Sámi literature and make it possible for more people to write, read and enjoy books and stories. We run a Writer’s Agency, organize workshops and spread knowledge about literature both in and out of Sápmi.