The Inheritance is a dramatic, poetic and brutal performance. Originally an exam performance, now in a revised version for Giron Sámi Teahter.
A contemporary story from Sápmi. Marja Lisa Thomasson builds her monologue on interviews and stories from reality. 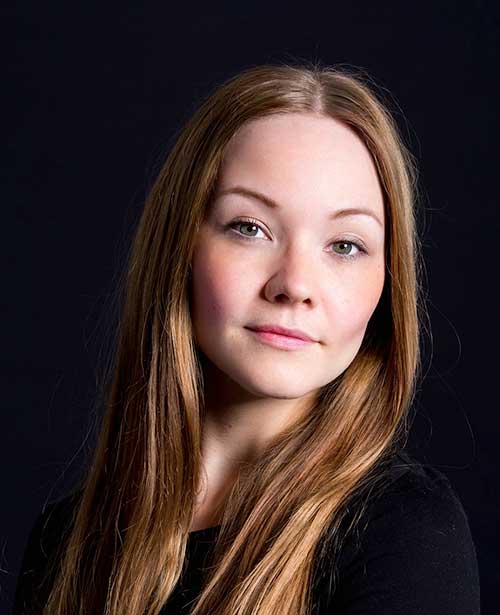 She grew up in the mountains and became an actress. Sápmis latest South Sámi actress and scriptwriter! During the autumn 2018, Marja Lisa Thomasson is on tour with her monologue The Inheritance at the Giron Sámi Theater.

Marja Lisa Thomasson comes from Barbo in Norway, South Sámi terristory. The Inheritance is Marja Lisa’s exam project from the three-year theater school in Nord Tröndelag. To climb down from the mountain to the theater was big and far from obvious. She grew up in a reindeer herding family and was placed at an bording school in Snåsa.

“That was the only right then. But do not think it’s good for a seven-year-old to move away from home,” says Marja Lisa. Longing home was a constant and strong force in the chest. She missed the daily contact with animals and wanted to be a veterinarian. She smuggled a hamster into the boarding school. A parallel dream was to become an actor. 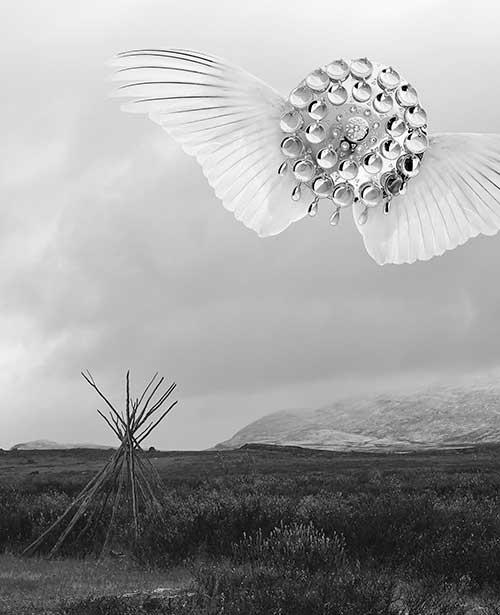 How did you know there was a profession as an actor at all? “I do not know. It was only in the body. I created shows home while I was a child.” A longing and an urge to work on stage grew inside Marja Lisa. She trained at various theater schools, combined with years of work in the mountains. She learned acting techniques, improvisations and stage transitions. And she lived the life of an reindeer herder. Every day there is a risk of encountering wolverines and lynxes endulging reindeer.

“They get killed or half-dead, or alive, with big wounds around their throats.” Marja Lisa felt more and more anti-theater! “It felt selfish be on stage, when reality is so brutal. I come from a culture where traditions are disappearing. There are more important things to do. For example, to politically affect predator policy in Sápmi.”

For several years, Marja Lisa wondered what to work with. Reindeer herder or as an actress? Where could she have most impact? She did not exclude anything. She wanted to be a spokesperson. In The Inheritance, she gives voice to the emotions and the challenges reindeerherders face when predators torment the reindeer into their bones. It is a political theater that touches on a deeper level and stays in the spectator. Marja Lisa Thomasson is a creative actor, who has two words as leading stars: quality and knowledge.

Aktene – Together for the development of Sámi cultural heritage and language is a newly launched project that will work to strengthen Sámi issues.

The project is an EU interreg project that runs until June 30th, 2020. The goal is to create a basis for long-term cooperation across the border between Sijti Jarnge in Hattfjelldal, Norway and a Sámi Center in Tärnaby.
Giron Sámi Teáhter participates in the project by adding content such as theater workshops, language educational programs, performances and lectures. During the first 8 months of the project, the childrens performance DEH! visited Tärnaby, and two days of Language Circus have been conducted for Sámi children between 6 and 11 years. The performance The Inheritance will have its premiere in Tärnaby. Support from the European Regional Development Fund makes the work possible.